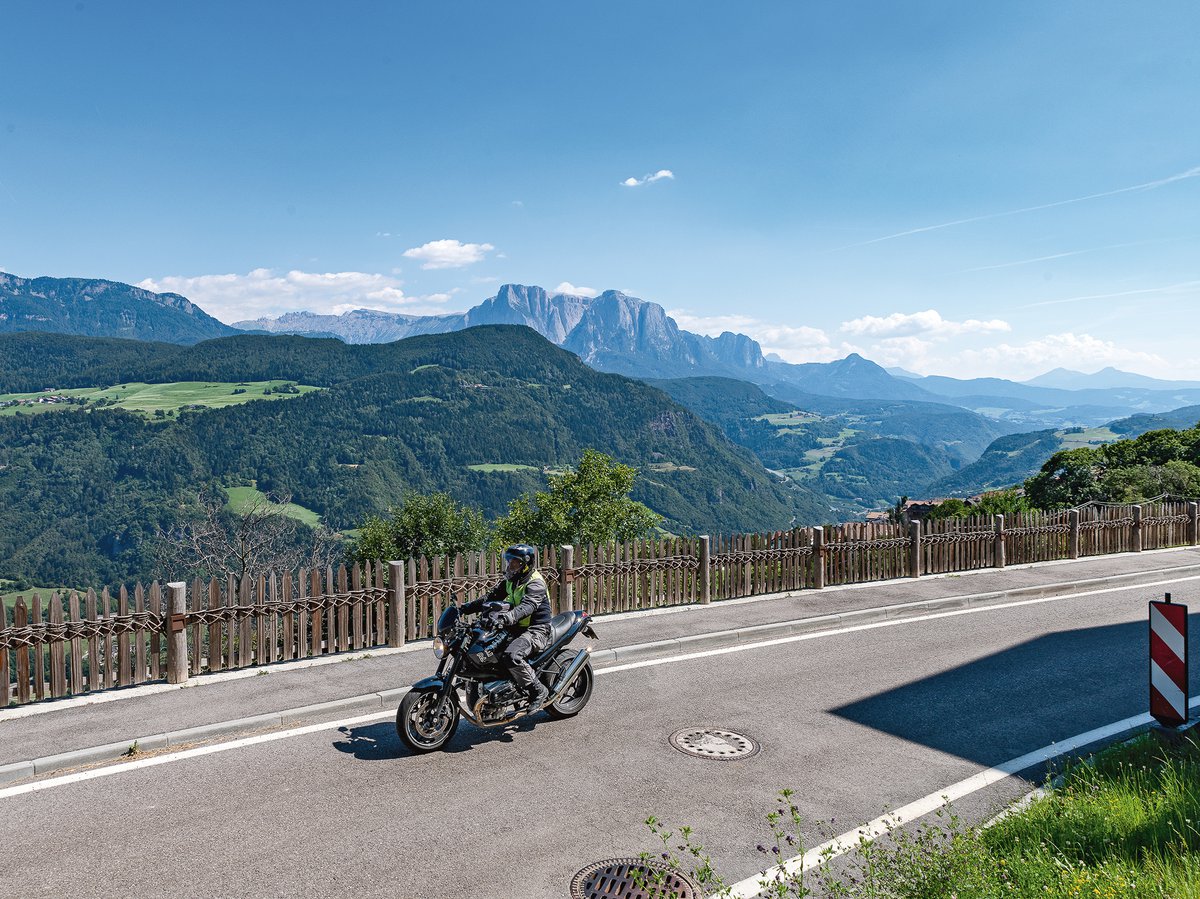 'On prosecco tour with biker host Karl' is the motto. Destination and furthest point is Valdobbiadene, a place that is known throughtout the entire region of Venice for its prosecco. Along the way, the architect in heaven must have been thinking of the motorcyclists and delivered some curves and turns to warm up in the form of the Lavazè pass before, just a little bit later the grand curve dance on the Rolle pass begins. At 1,986 meters in elevation it's just shy of the 2,000 meter mark. But we're not counting the meters, rather the turns. And we quickly stop doing that because these seem to be endless - awesome. Although the drivers can only take a sip of prosecco in Valdobbiadene, they'll be rewarded for their sacrifice with a stretch of road with copius curves up to Monte Cimon and a view from the top to Venice which lies not too far in the distance. 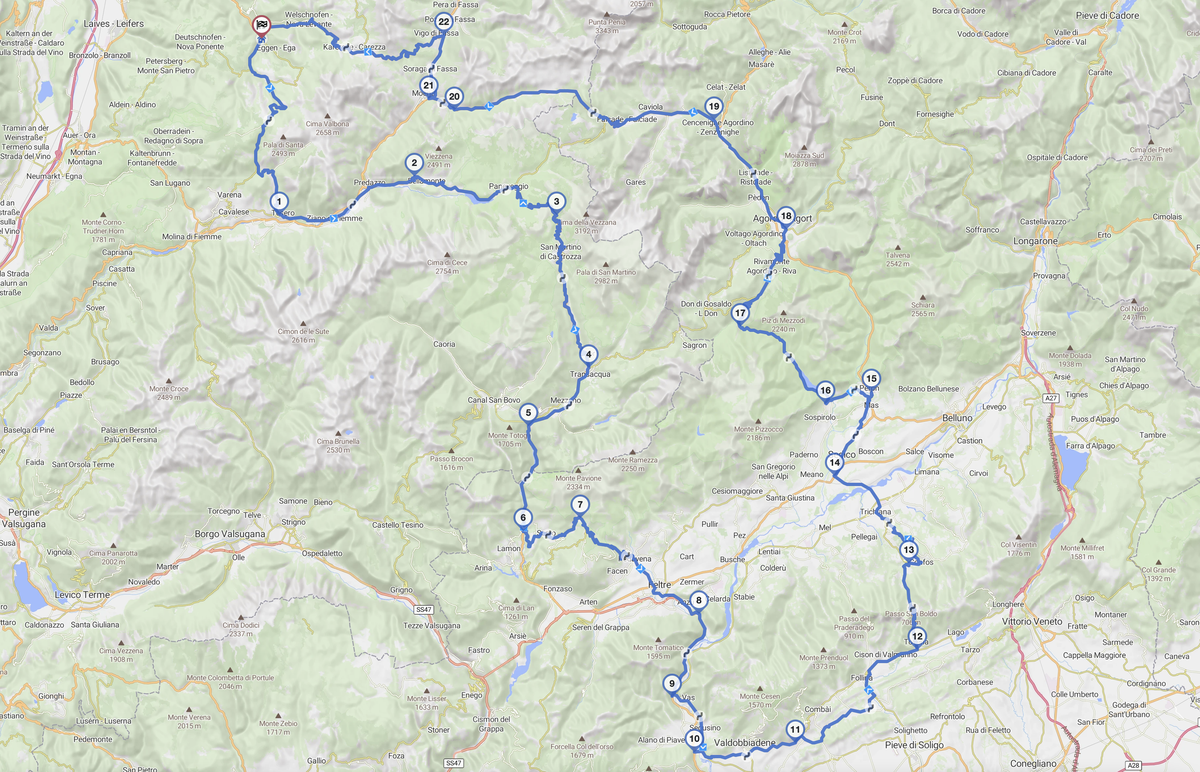