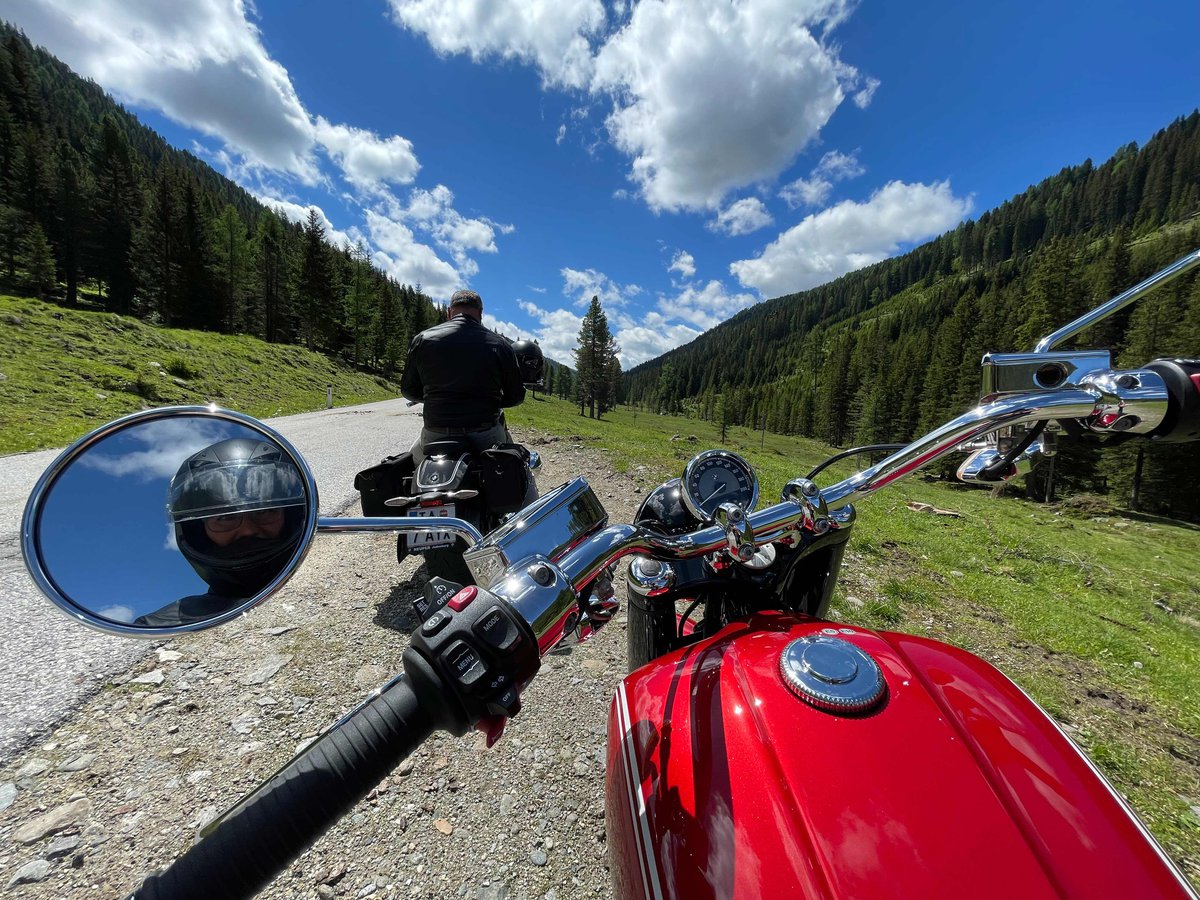 The route to the Millstätter Lake leads over the Katschberg pass and past the well worth seeing village of Gmünd. A stop in Millstatt is worthwhile not only because of the sculpture park. After passing over the Drau river, the next stop is the Windische Pass. With an elevation of 1,110 meters, its not particularly high but the ridge is fun to ride and is good practice for the Nassfeld pass that comes just a little later. At 1,530 meters in elevation, we cross over into Italy, which definately earns its reputation as one of the highlights of the tour. Then its over the Sella Nevea to Slovenia. We ride into this motorcycle paradies over the Passo de Predil and a short while later we have the option to ride on Mangart Road - a dead end road - and highest in Slovenia - that you won't forget any time soon. But Slovenia has more aces in the hole. Next up is the Soca Valley with its turquoise river running right next to the asphalt road. Then comes the merciless Vršič with its 50+ switchbacks that make every biker's eyes light up. Then it is over the Wurzen pass, which is steeped in history, to Villach and then back to the Turracher Höhe and then back to St. Margarethen. 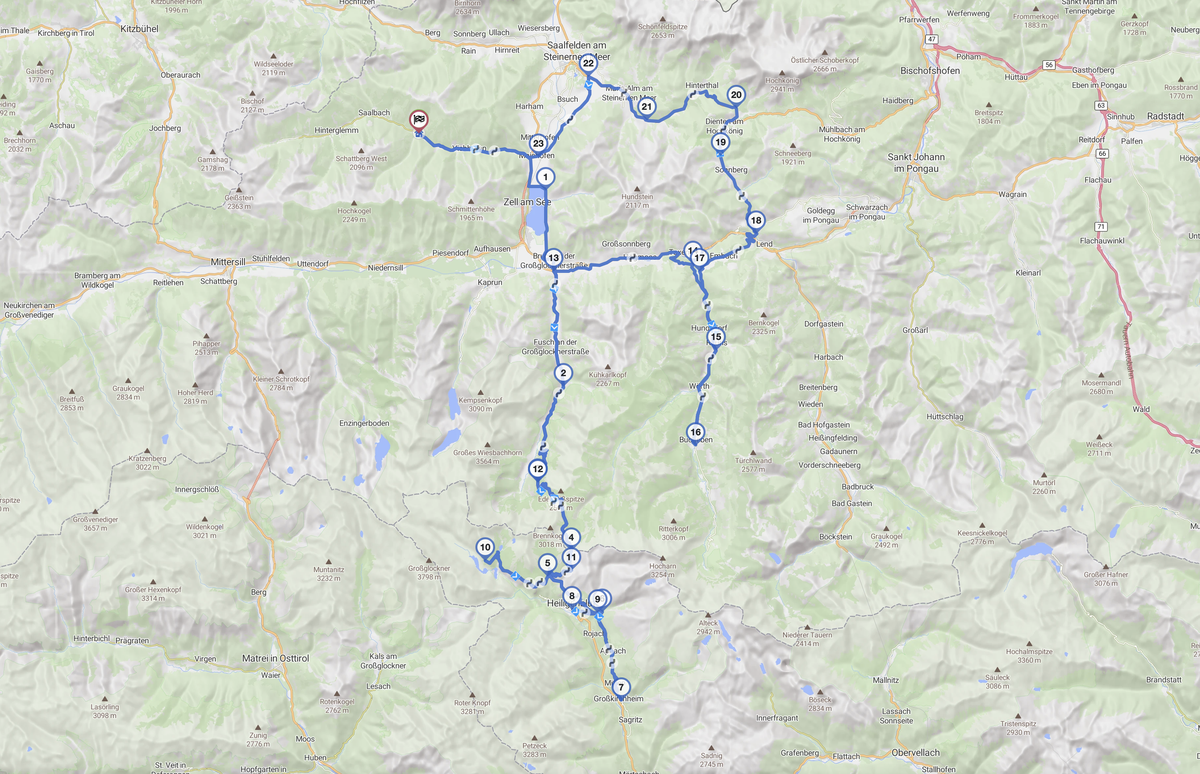